Monday, February 14, 2011 – Inge Winter, strong, yet very bright and cheerful in spirit, half Jewish and lives with her mother in Germany. Her father, Jewish, who previously left Germany because of the threat of Nazism went to Holland and settles in refugee camp Schoorl. He enjoys it over there and decides Inge and her mother to come over in 1939. This is the beginning of her journey through the camps.

SCHOORL
“It was lovely there. In the summer we were at the beach. We can move freely in refugee camp Schoorl. The camp shelters half Jewish families, Jewish men with half Jewish families from whose family is still in Germany, and Jewish families who had become Christians. The Mennonites arrange the shelter in the camp. The situation in Germany worsens due to the Nazi threat and my father decides to go to Holland. In the beginning my father is on his own in refugee camp Schoorl. He finds it enjoyable and decides to send my mother and me. The barracks are summer residences. What do you think which words a child first learns? Ik kan niet verstaan! (I can not understand!).
In the beginning we just existing. In essence, we have no business there. At one point, a regulation is announced that only Jewish people aged 50 and older are allowed to leave the camp. My mother of 48 may not leave the camp. The crazy thing is that my mother is not Jewish.
The Dutch mobilization is gaining momentum and the camp is taken over for military use. We must leave the camp and move to refugee camp Elspeet.”

SLUIS
“In refugee camp Sluis we are sheltered in a Catholic boarding school, the St. Jozefpensionaat. Because of the threat of war, all boys from Belgium at this school are taken home by their parents. For the first time, I can go to school. This school stands in the square behind the church. What I find scary is the sound of screaming beasts of the abattoir that is situated there. Going to school is fun, a fairly settled life. How it is for the parents I do not know. There is lack of money and no work.
Sluis is situated along the waterline and it is winter. The water freezes. I skate there on Frisian ice skates that I’ve borrowed. At Christmas I participate in a play, a real Christmas story with a crib and a doll, the three wise men and shepherds. ”

WAR
The war has just broken out. It is now May 17th ‘The Dutch are driving us with a truck to France towards Calais where we are to take the crossing to freedom. The trip to England is canceled. The fight between the French and the Germans cuts off the passage. The Dutch drops us near Bethune and ride back with all our papers. It’s terrible there. You hear the shots and a few of our people come back a little later and are hit by bullets. It is a real war zone. The situation is explained by the local mayor and he brings us into an abandoned school. It’s primitive; we must wash ourselves with water from the water pump outside. What are we doing here? We do not do anything. After a few days we decide on heading back home to Holland and we divide us in groups. In our group are my parents, I and another couple. There are five of us. We return in the direction of Holland. In Antwerp we stop and stay at a German seaman’s hostel. For the first time in a long time I can take a bath. The Germans are master over here and they make sure we get a nice breakfast.
Leaving to Holland; we are stopped at the border with Holland and can not pass through. We do not have our papers and a call is made to see if we can cross the border. It is allowed. When we arrive in Rotterdam, we find it completely bombed. The five of us are taken in a tram driver’s house with his family, the family Bak. Their children make room for us and go to stay with friends. So, Imagine! Today I still cannot believe that someone just does such a merciful act. Afterwards we hear that others went back to refugee camp Sluis to retrieve their belongings. Only there is not much left over, it is plundered.
The next day we go in the direction of Arnhem. We end up in a big house, it may be in Velp, I do not recall. This is also organized by the Mennonites. I stay there for 3 to 4 weeks. The idea is that we can continue to stay here. I also go to school also. Normal life resumes quickly. ”
Then there is an order that the family Winter has to go to Hoorn.

DE KRENTENTUIN
Rijkswerkinrichting (RWI) Hoorn, detention centre, or so called De Krententuin, is guarded by the Dutch.
“Why they put us in RWI Hoorn I do not know. What I remember is the day the Germans arrive, SS maybe? We all have to gather in the large courtyard. You hear your parents say they are coming to get German tax debtors. The people that still have debts are called by name. That was a very anxious experience. As quick as the Germans arrive they are gone again. We stay one month in Hoorn and then leave to refugee camp Westerbork. ”

WESTERBORK WITH HEINERLE
It’s July 1940: ‘ We stay in a small barrack. We have a long corridor with a separate toilet and behind on the left side is a cooker. On the right is the living room and in the back of the living room a door to the bedroom. In this house you can isolate yourself from the outside world. The whole barrack is centrally heated. In the middle of the barracks is a dining room with a soup kitchen. It is a luxury that we no longer used to. In our barracks are all the people we know from refugeecampSchoorl, Elspeet and Sluis.
School we get from Prof. Dr. Freudenberg such as math, language, writing and culture. They do a lot of culture within the camp. There are no official teachers. It consists of volunteers. But the Jewish children have their own school. There are a lot of Jewish children. They live separately from us. We have our own club.  I have a regular life and friends. We are not allowed to leave the camp. Not even my non-Jewish mother when her mother died.
My high pointin Westerbork is the theater play Mein Stefan in 1941. I played the boy Heinerle. Especially I like the dancing. ”

Camp Westerbork changed on July 1, 1942 from refugee camp into a transit camp. The Germans do not want the non-Jewish women to see any transports that were going to take place, with result that the family Winter and all other families of mixed Jewish descent were released. This occurs just before the first transport on the night of 14/15 July 1942 to Auschwitz / Birkenau. After the release family Winter settles in Amsterdam West. Jewish men in Westerbork with half Jewish families still living in Germany are also released. They can settle in Amsterdam Zuid and stay often with two or three persons in a room. Some of these men are still detained during raids and sent back to Westerbork. This results in the risk to be transported to the death camps.
Inge’s father and other Jewish men are obliged to wear the Jewish Star after released from Westerbork. He avoids as much as possible the public streets and in the end the whole family survives the war. 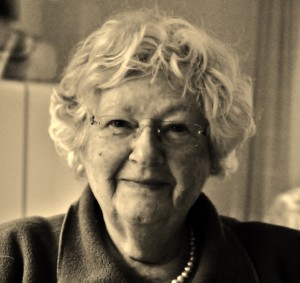 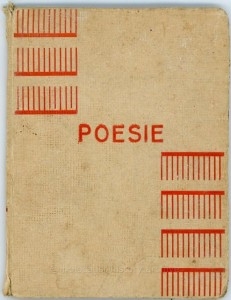 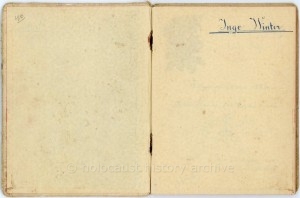 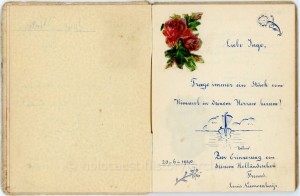 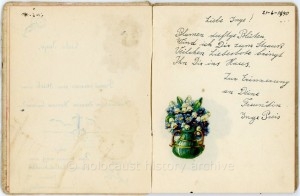 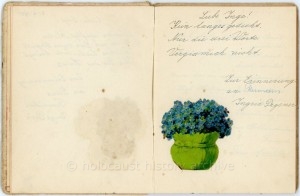 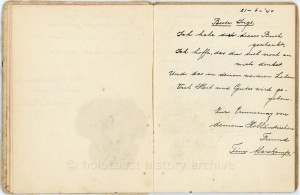 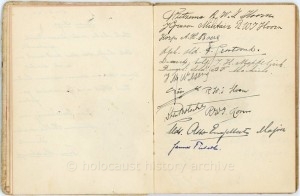 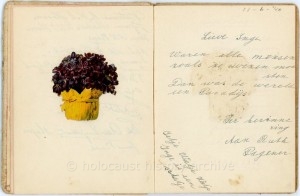 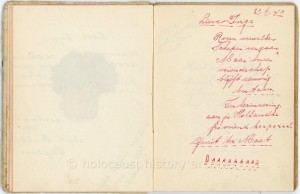 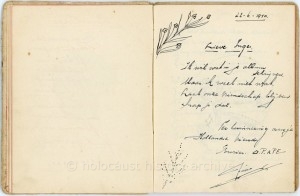 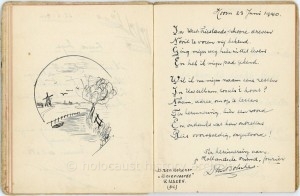 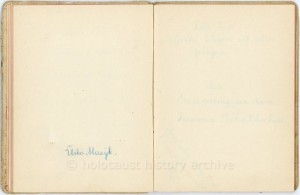 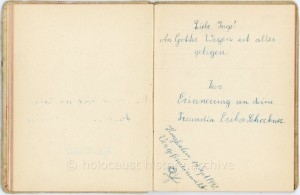 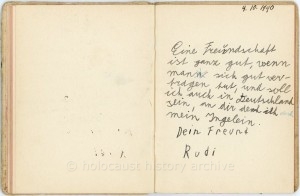 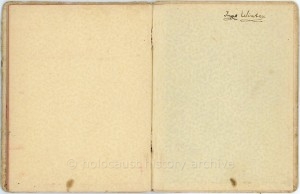 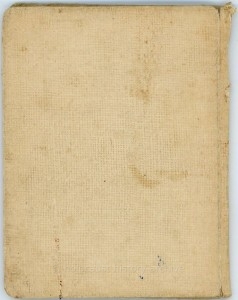